The AB cat blood group system is both unique and typical of blood groups of other species. It is unique because it appears to be the sole major blood group system. Since it has only two common alleles and the vast majority of cats have the same blood type A, the cat blood group system is also somewhat unique in not being useful for parentage. The common types are allelic, with type A dominant to type B. A rare type AB, which shows agglutination with both anti-A and anti-B, has not been as clearly defined, but is suspected to be allelic to types A and B, and that the unidentified mutation responsible for the AB positive blood type resides on a type A allelic background.

The importance of testing

The genetic determination of the cat blood groups enables the genetic differentiation of the serologically determined blood group before breeding. The ability to determine feline blood types is especially important because of the phenomena of neonatal isoerythrolysis and transfusion reactions between previously non-sensitized donors. Similar to the unrelated ABO system of humans, cats often possess alloantibodies against their opposite blood type. Blood type B cats possess strong agglutinins and hemolysins to type A red cells. Type A cats possess alloantibodies that are less strongly reactive for type B red cells. Thus, a blood transfusion of a type B cat with type A blood can cause a severe reaction. First symptoms are dyspnea, vomiting and agitation. Milder reactions occur if type B blood is transfused into a type A cat. The presence of strong, naturally occurring alloantibodies in the type B cat against the A antigens also leads to neonatal isoerythrolysis for type A kittens born from a type B queen, a disease that can be lethal. The prevention of transfusion reactions and neonatal isoerythrolysis requires close monitoring of blood types of donor and recipient, and toms and queens. Genetic testing can now help prevent neonatal isoerythrolysis in cat breeding by detecting b carrier cats and preventing the breeding of type B queens bred to type A toms. 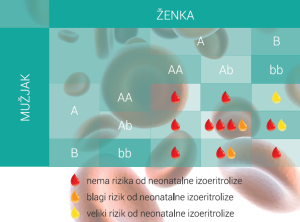 News about cats
Contact us!
If you have any questions regarding our products or services, please fill out the contact form below. We will get back in touch with you soon.
Inherited traits in cats

by admin time to read: 2 min 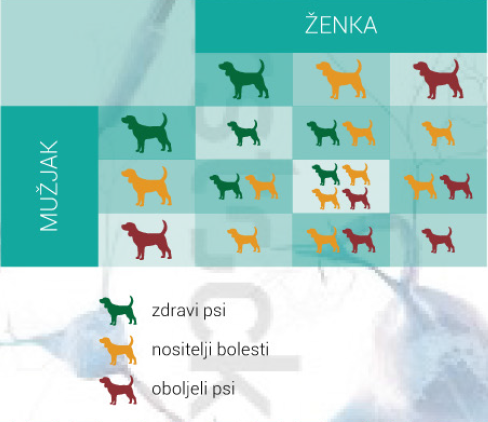